From an early age it was clear that Sorolla had a passion for art. Instead of academic study, the young Sorolla would spend his school days making drawings in his copybooks and by the age of 15 he was winning major prizes for his paintings at the Academy of Valencia.

His extraordinary talent was brought to the attention of Antonia Garcia, a famous Valencian photographer, whose daughter, Clotilde, Sorolla would later marry.

By his mid 20s Sorolla had firmly established himself on the national stage and by 30 he had displayed paintings in salons and international exhibitions in Madrid, Paris, Venice, Munich, Berlin, and Chicago. By the turn of the century Sorolla was recognised as one of the western worlds greatest living artists, receiving gold medals in several major international exhibitions.

Over the first decade of the 20th century Sorollas output was incredible, both in quality and quantity. As well as painting many striking portraits, his new found wealth enabled him to devote himself more fully to painting where and what he wanted. Throughout this decade Sorolla was completing hundreds of paintings each year, often canvases of 2 metres or more painted direct on the beach.

In 1909, the Hispanic Society of America hosted an exhibition of Sorollas works in New York City. Of the 356 paintings on show a total of 195 were sold.

In 1911 Sorolla started work on a major commission to produce a series of vast panels celebrating the life and customs of the different regions of Spain for the Hispanic Societys new headquarters in New York. This enormous and exhausting endeavour was to dominate the next 8 years of Sorolla's life, although he still managed to find time to paint some of his most stunning beach scenes. 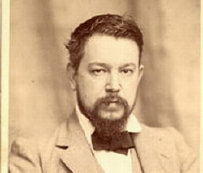 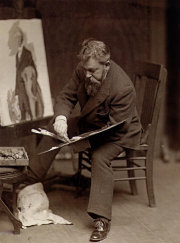 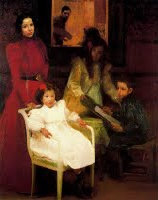 Joaquín Sorolla was born in Valencia on 27th February 1863. He and his younger sister were orphaned 2 years later when both their parents died from a cholera outbreak.