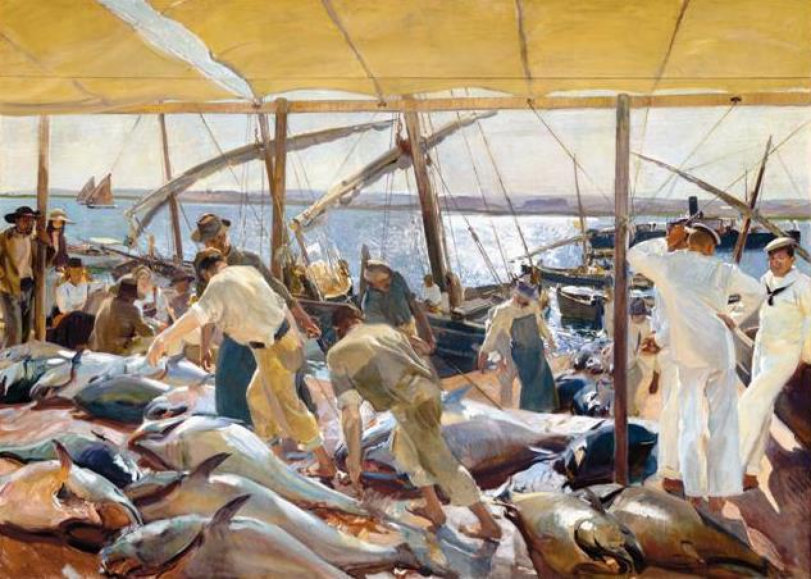 Ayamonte, The Tuna Catch is the final, and to me the finest, of the Hispanic Society panels. Completed in June 1919, the 3.5 by 4.8 metre canvas looks across the Guadiana towards the Portuguese border town of Castro Marim.

Initially, Sorolla complained about persistent dizziness and old age  much of which he attributed to the struggling and suffering that he had endured through the Huntington commission. However, once he got into applying paint his spirits were lifted by the splendour of the scene and the energy of the fishermen around and behind him (he is standing with his back to a large canning factory).